Probably the single biggest influence to me and I know a few others in the last year, since they came to my attention on The Weejun’s blog in December, 2011, have been a group of photos that appeared in the July 1966 copy of LIFE magazine with the cover story entitled, ‘Watts Still Seething.’

The 26 page article called, ‘There’s Still Hell To Pay in Watts‘ starts with an adaptation of Jerry Cohen and William S. Murphy’s prize winning book ‘Burn Baby, Burn‘. A retrospective of the riots, and the circumstances surrounding their beginnings.

The article soon centres on the Watts of 1966 though, a year on from the troubles, and questions the likelihood of the riots happening again. It looks at the continuing situation of jobless young men in the LA neighbourhoods,  as well as highlighting the feelings of suspicion still felt by the community towards the police. 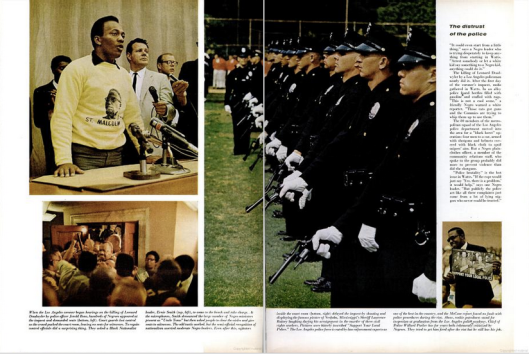 It seems quite superficial then to concentrate on the clothes of these young men. The social situation the people of Watts found themselves in the mid-60’s are still reflected now around the world. The economic model of then and now means that wealth for the few means a serf like existence for the many. And from this the young and and disenfranchised look to express themselves in the limited ways they have available, one of them being clothes and fashion.

I think what really appeals to me from these photographs is seeing Ivy staples such as OCBD’s, heavy knitwear and pegged trousers worn in a way that is far removed from the more conservative campus style. Like Weejun mentioned, it seems to be a street style that has taken great influence from the Jazz artists of the period, and a look I know was also popular in Chicago, and New York at the same time. Although by now you could argue such Ivy details were just reflecting the popular fashion of the times, and a person didn’t have to shop at a University Outfitters to get something resembling ‘the look’, how deliberately was this style Ivy?

What follows then is hopefully a definitive list of all the photos Bill Ray took as part of his work for LIFE magazine documenting the young men of Watts.

We begin at the Westminster Neighbourhood Association Building, South-Central LA, home to The Watts Writers Workshop, that Hollywood screen-writer  Budd Schulberg had set up in the wake of the 1965 riots. Schulberg described it as being one of the few building left standing on the street. 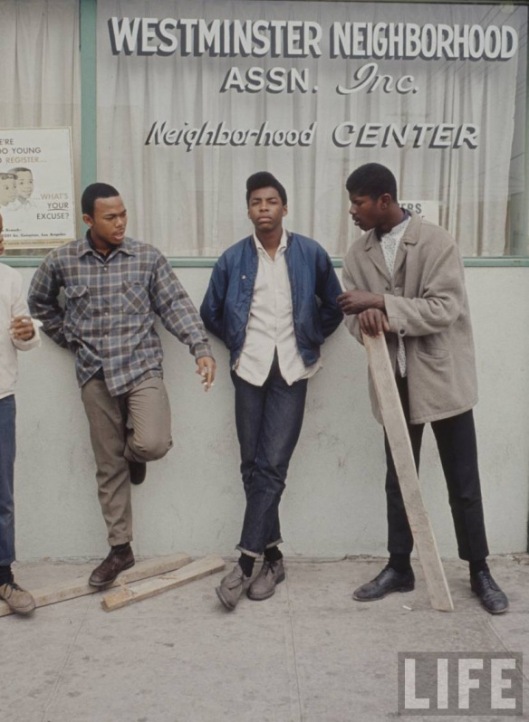 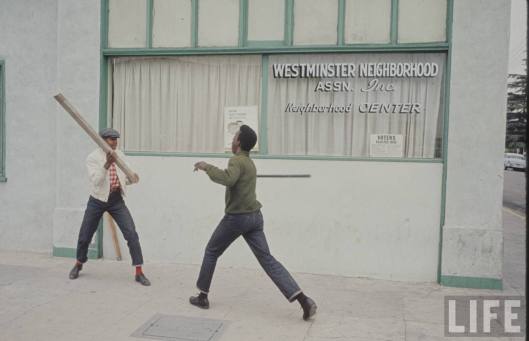 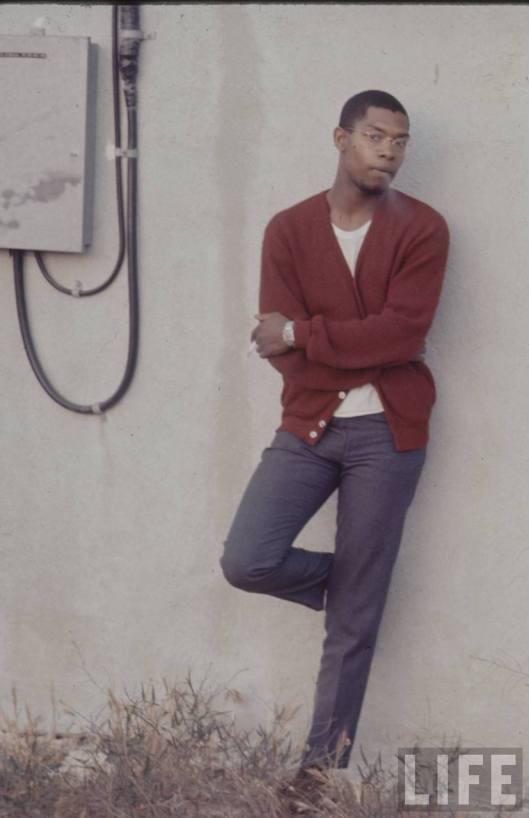 A walk up the railroad tracks, leads to another noted venue for the shoot were The Watts Towers near the 103rd Street-Kenneth Hahn Station, a LA land mark built by an Italian immigrant construction worker Sabato Rodia. Finished in 1954 and now listed National Historical Landmark. 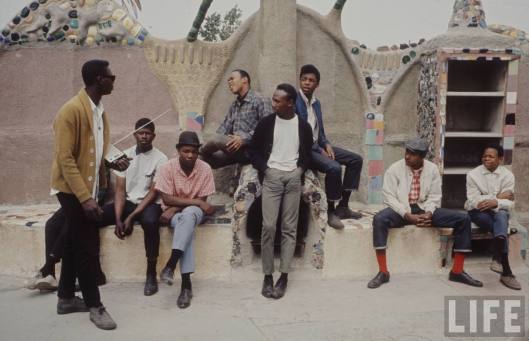 Then what appears to be on a separate day, other members of the group meet up and take to a patch of local wasteland to hone their Molotov making and throwing skills. 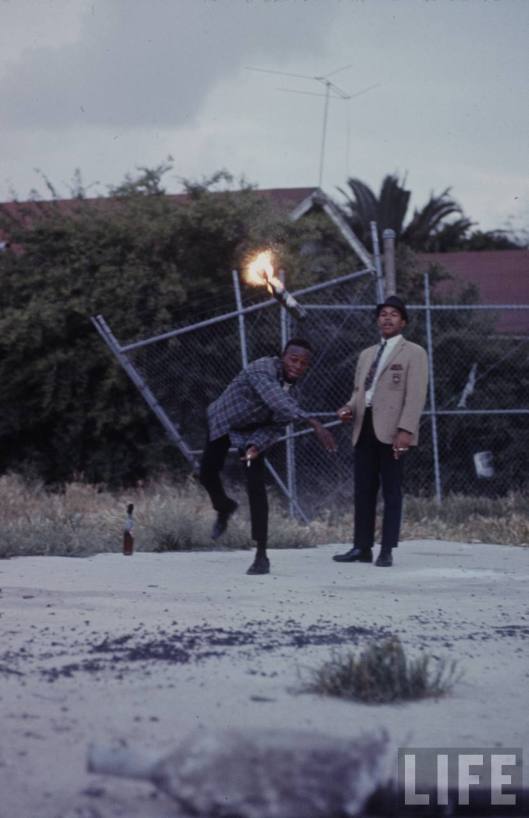 Finally then we have last picture of the group, which hopefully completes this collection documenting all the photos available from Bill Ray‘s visit. 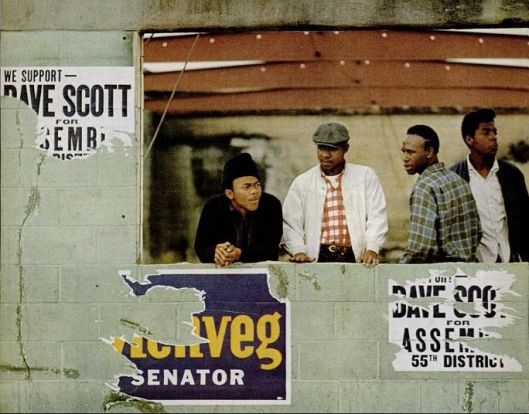 The LIFE article can be read in full here at Google Books, and also contains a few images I haven’t included due to the quality of the scans. If anyone knows of any other images I haven’t included I’d be very grateful to hear from you so I can include them in the post. Again thanks to The Weejun, and to Herb Lester for sending him the pictures and making them available to all of us.

Feel free to use the comments section to discuss the best and worst parts of the look these guys had, and what you think progresses well into the style many of us enjoy today. 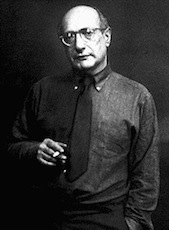